… and headed off for the airport, eager to see what new levels of hopeless inflight entertainment Qantas could sink to. Thankfully they didn’t disappointment, this time offering, basically, absolutely nothing besides an app with very limited content that you have to download before you get on the aircraft, and a random Velcro strap to attach the tablet you do not have to the seatback-in-front. 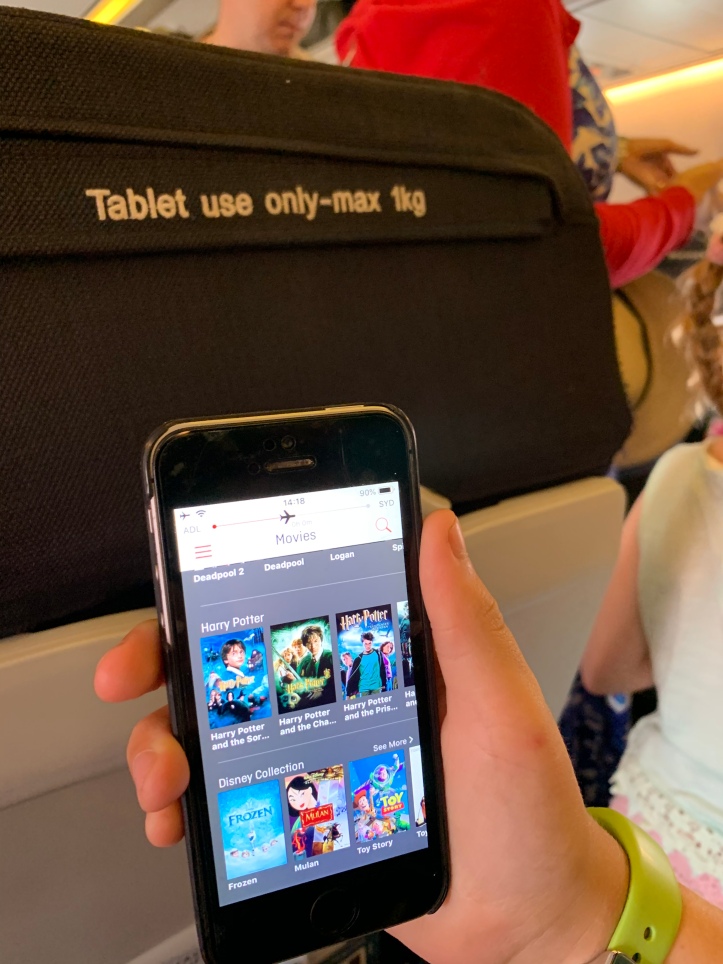 As the boys were promised screens only when travelling, I won’t deny that the failure of some airlines to provide them has caused some tension, as we have to ration time between someone’s iPhone which is invariably on 9% battery life. I think we had one flight on Ethiopian that also did this,but at least it had USB sockets in the seats so you could charge up your device. Our experience on Qantas has been consistently hopeless.

Anyway, it wasn’t a long flight and we survived with tempers reasonably intact only for it to go horribly wrong once we got in the taxi to get into the centre of Sydney – a taxi with the fastest running meter any of us had ever seen. We were at ten dollars before we’d even got out of the airport. Jonathan sat with his head in his hands groaning in pain (not quite sure why, as it wasn’t his money) while Jam hopped up and down on the back seat with a massive packet of crisps (of course he’d not eaten his child meal on the plane) chirruping, “Ooh twelve dollars, twelve dollars twenty, twelve dollars forty…” and so on, as we sat, immobile, at a red traffic light.

Seventy dollars was the final excruciating result, as we fell out of our car in the pitch black (night time comes early now) outside A and C’s flat in Bondi.

The next day we took the train up the coast to stay with cousin Ruth and M and their gorgeous six-month-old baby J. On the way the boys did some homework, though Sonny spent most of the time flicking through his Bible of Dangerous Australian Wildlife and discussing what he had seen with the lady next to him (who had seen/caught everything, and was astonished to learn that actually in the UK we all lead lives untouched by killer spiders or deadly snakes). We also caught up with cousin Polly and her family, and the boys were thrilled to have somebody else to run around with.

Frankly this post could be filled with picture of baby J*, so I’ll try to hold back on those. 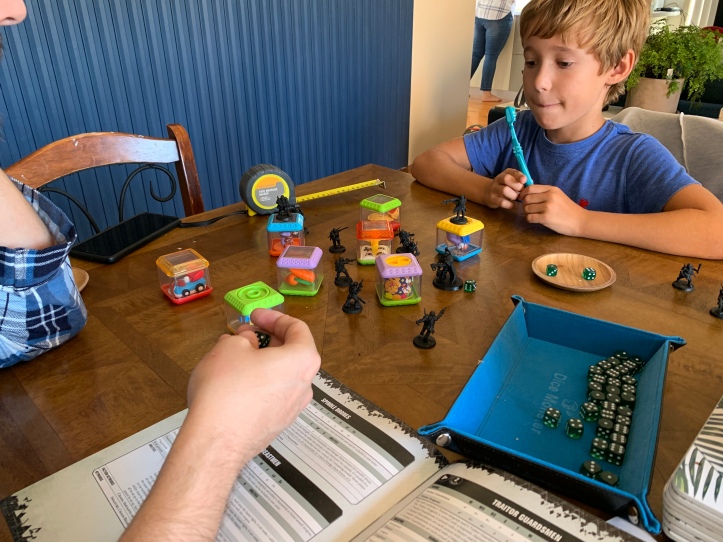 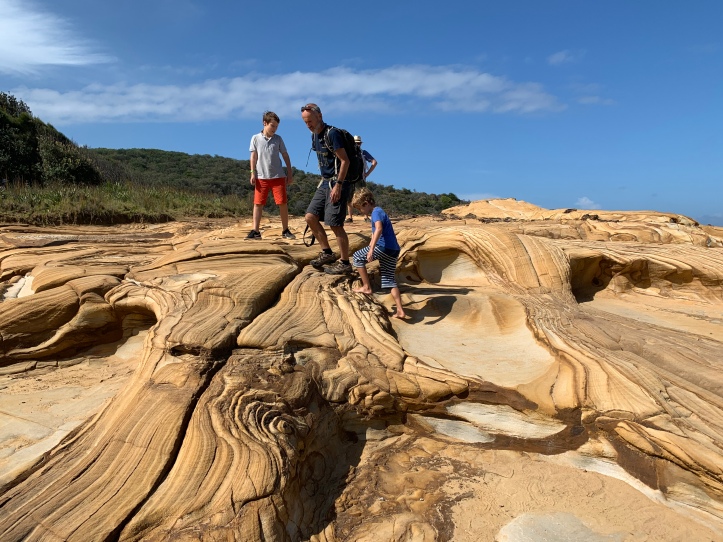 We then tore ourselves away from playing with baby chubbycheeks and came back into town to deposit ourselves with our friends A and C (and their children B (my goddaughter) and L) who survived our deluge of bags and rather grumpy boys with the utmost good humour. The attractions of Sydney were duly considered (Big bridge! Pointy building! (“I want you to tell me one thing about the opera house that has impressed you,” I said to Jam, in a desperate attempt to get them to learn something. He paused a split second to consider, and then said, “The toilets.”)), but there’s no doubt the main appeal was at the end of our road: Bondi Beach, with its crashing surf, polished bodies, vast amounts of TV-ready lifesavers. Sonny borrowed C’s surfboard and rode the waves as often as he could, while Jam enjoyed just throwing himself backwards into the surf until he turned blue with cold. 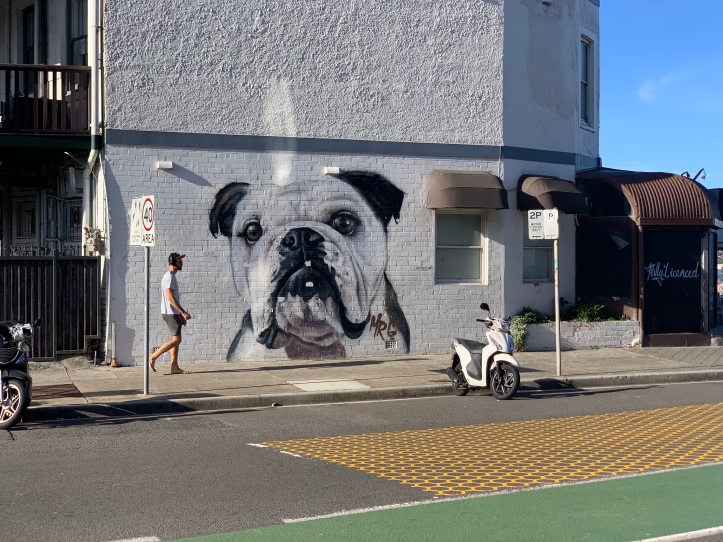 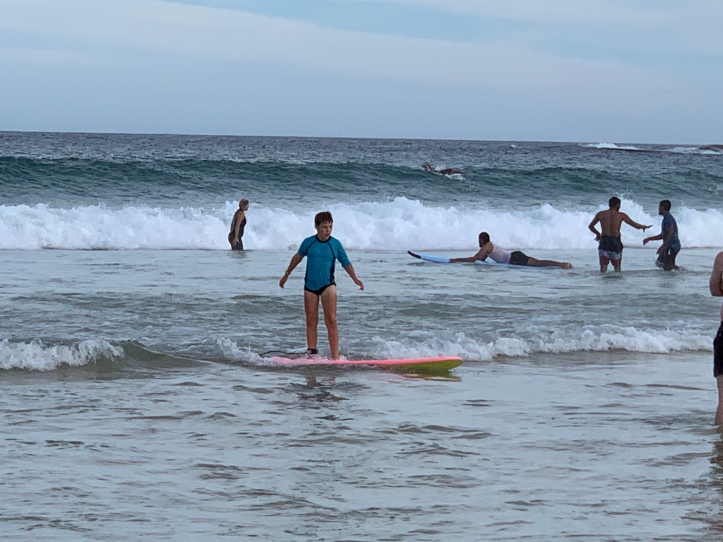 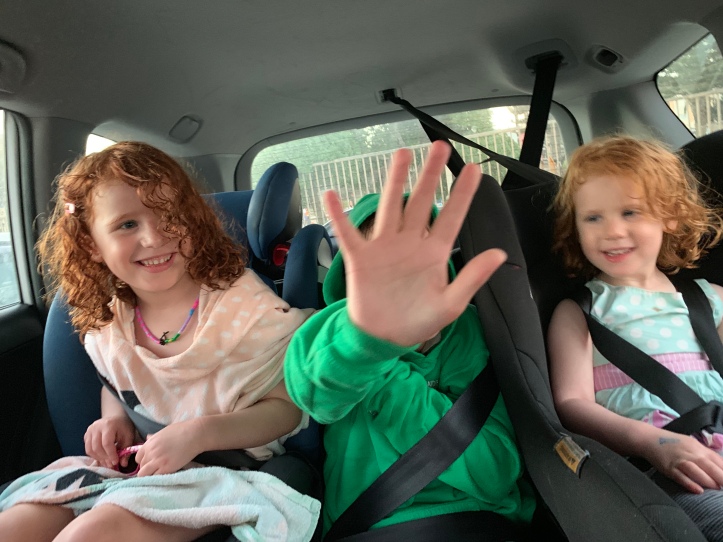 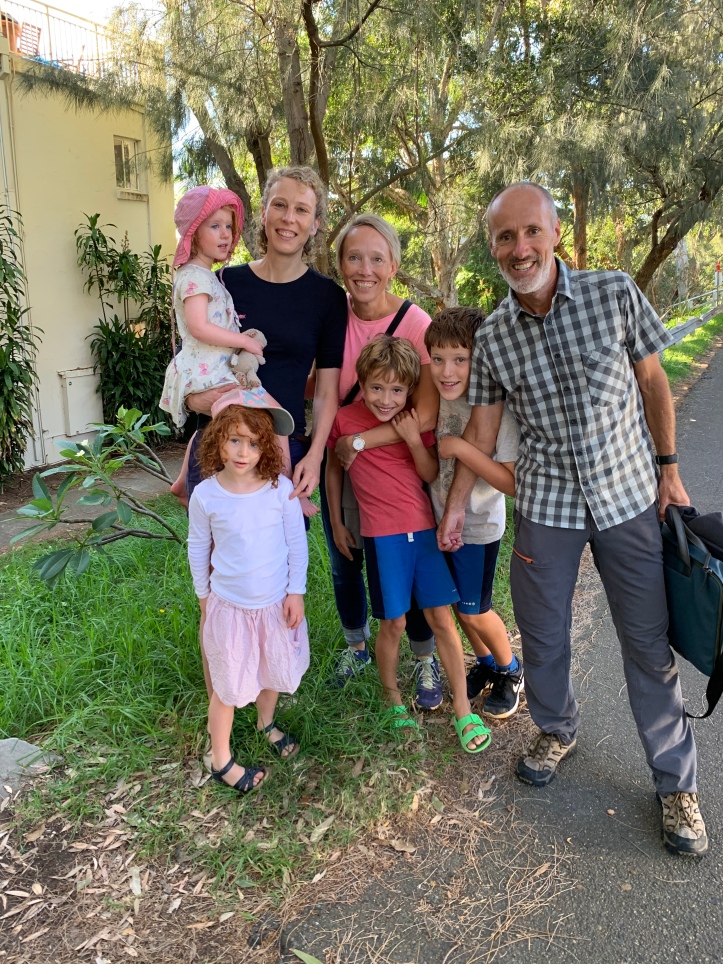 We had an Easter egg hunt (kids) and the grownups had a night out in Sydney, as well as a childfree day – J and A went for a walk along the coast, while C and I went to the art gallery, had a tour of aboriginal art and lots of coffee and cake (plus a turmeric latte..):

All verrry relaxed and civilised. In fact we’d clearly become a little too laid back as, after not forgetting anything at all yet anywhere else, we managed to leave A and C’s without a) my sunglasses, b) J’s favourite T-shirt and c) his mobile phone… We’d obviously settled in a bit too well. Subconsciously unwilling to forgo brekkers at the Bondi Massive…

A massive thanks to R & M and A & C for putting up with us on top of your own small children and showing us such special places; it wouldn’t have been the same without you. You’re bloody legends. 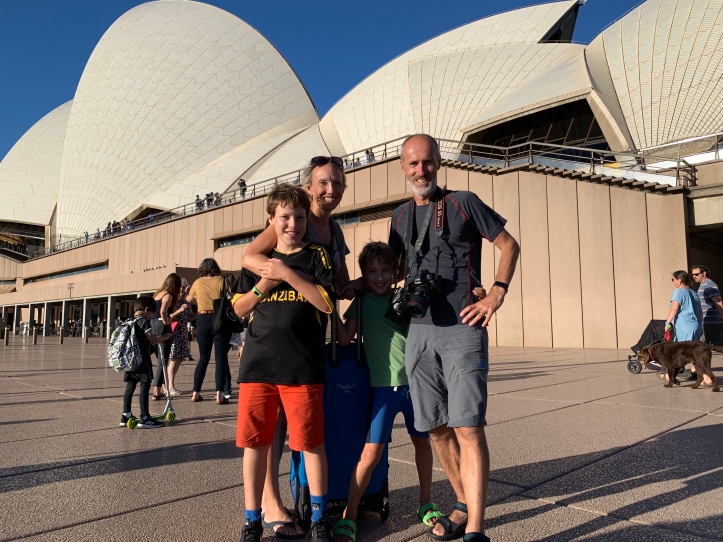 * At least, that is, until I (and Polly, in my defence) tried to encourage Cousin Ruth to start baby-led weaning. After much hesitation and deliberation R presented the excited baby with a strawberry. He sucked it straight to his windpipe and promptly started trying to gasp while looking very alarmed. As did his mother. I found myself holding him upside down (the approved way, not dangling) and bashing him on the back a couple of times, before, after a final jiggle, he coughed the strawberry out with just a tiny bit of sick. Although I vaguely remember this being pretty par for the course in BLW world, particularly until the baby’s chewing and gagging reflexes are fully tested, it was little consolation to R who made sure I was very definitely held at arm’s length during any further feeding sessions. Very sorry baby J. Hope it hasn’t put you off strawberries. Or me. (For further info on BLW and choking/gagging see: www.babyledweaning.com/2014/fyi-new-guidelines-choking-infant-resus/)

Read all about it: